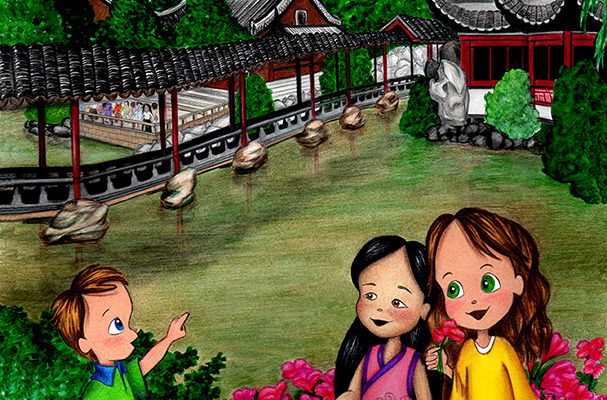 My last, but definitely not least, post for Garden Week is Yuyuan Garden in Shanghai. Talk about beautiful! Yuyuan was started way back in 1559 and has huge rocks and even caves. My favorite part is the “Inner Garden,” which has ponds and Chinese-style pavilions. Different sections of the park are separated by walls that look like dragons!

I hope you enjoyed all these gorgeous places during my first theme week. Next week look for another fun surprise theme! 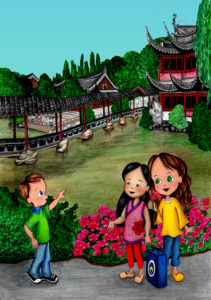 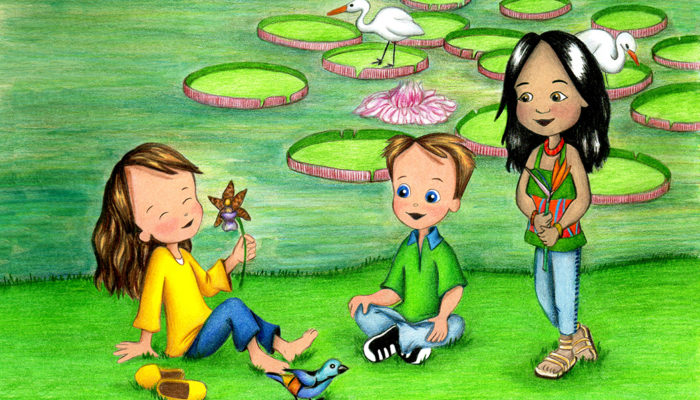 Michael and I loved our trip to Rio and can’t stop talking about it! One of my absolute favorite things to see there was the Botanical Gardens. There are 6,500 species of plants and animals — you see new things everywhere you go! And 140 different kinds of birds, like toucans, hawks, and araras, the beautiful colorful parrots. Michael loved the monkeys in the gardens. There are also tons of sculptures and fountains, and a Japanese garden area. There are so many beautiful and amazing things to see in this world! 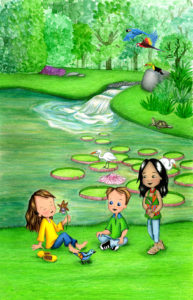 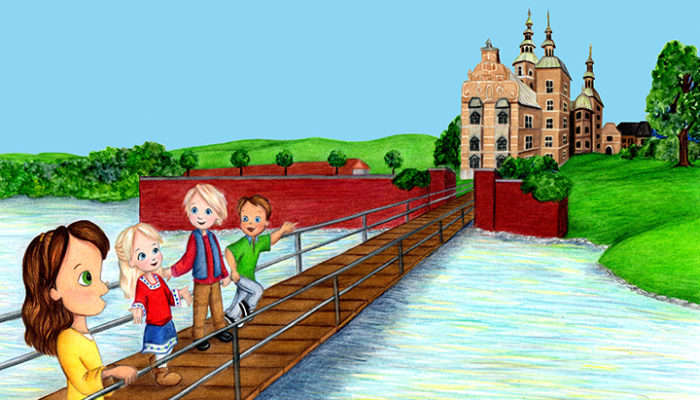 Copenhagen is one of my favorite cities! Right in the city is Rosenberg Castle, with it’s beautiful gardens called “Kongens Have” (it translates in English to “The King’s Garden”). The gardens are beautiful, but also really fun. They have a garden maze, tons of flowers, lots of sculptures and statues, and an awesome puppet show theater! Plus a castle – what could be better?! 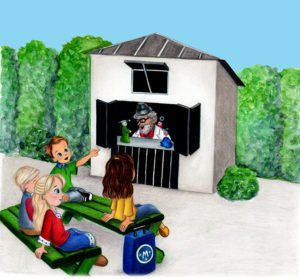 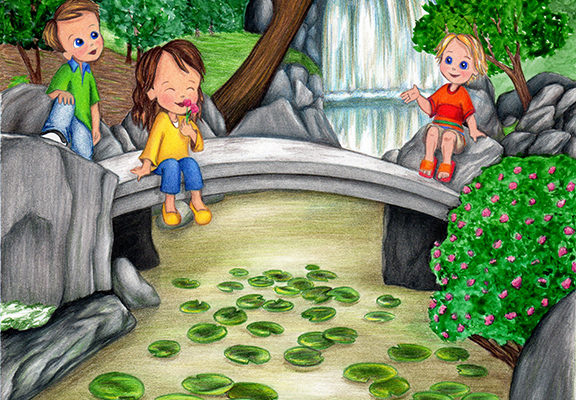 One of my favorite places to visit in Sydney, Australia, was the Chinese Garden of Friendship. It is an amazing Chinese-style garden designed by Sydney’s Chinese sister city, Guangzhou. It has a Dragon Wall, Tea House, and bamboo plants, but my favorite part to visit was this beautiful bridge and waterfall. 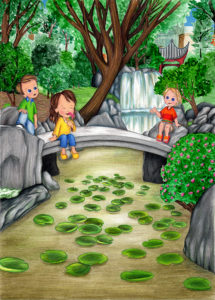 Welcome to my first-ever theme week! One of my favorite things to see when Michael and I travel is nature. This week I’m going to share some of my favorite gardens from around the world.

Can you believe that in one of the world’s major cities you can find flamingos, ducks, streams and ponds, and beautiful Spanish and English gardens – all on a rooftop?! This magnificent place is called the Kensington Roof Gardens in London. The gardens cover 1.5 acres of land on top of the former Derry and Toms department store building in central London.

Check in with us all week to see more spectacular gardens from Michael’s and my travels! 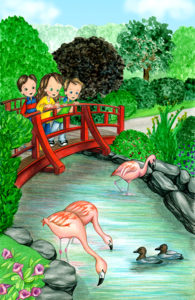 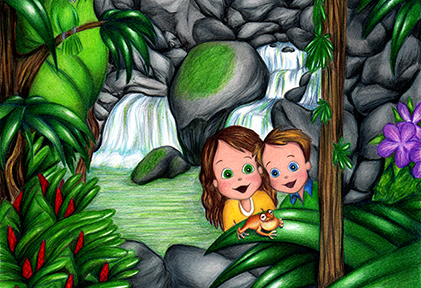 Michael and I were so lucky to get to visit the island of Puerto Rico. It has such fun water activities. We played volleyball on the beach, went snorkeling, and went to an awesome water park. We also got to visit the rain forest. They have an amazing number of animals there, and beautiful waterfalls, and ziplines. Puerto Rico is actually an American territory, and it’s flag is similar to the US flag. 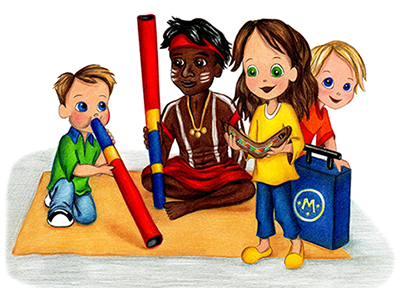 There are so many interesting instruments all over the world. In Sydney, Australia, Michael and I saw something called a Digeridoo. What a weird name! It is an ancient instrument from their native population, called “aboriginal.” In Shanghai, China, our friend Nan Nan played an instrument called a Pipa. It made beautiful string music. Michael and I love to experience different sounds everywhere we go. 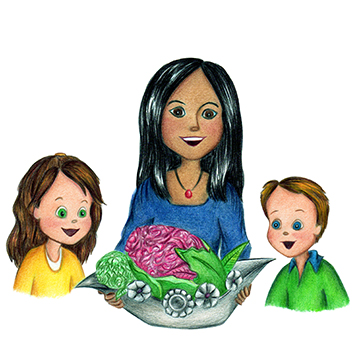 My brother Michael and I went to Thailand and saw the most amazing thing! We thought it was a flower, but it was a watermelon. A woman had carved it into a flower shape. We saw all kinds of beautiful carved fruit all over the country. What a magical place!